Håkan Nesser
Books / and Piccadilly Circus is not in Kumla

and Piccadilly Circus is not in Kumla 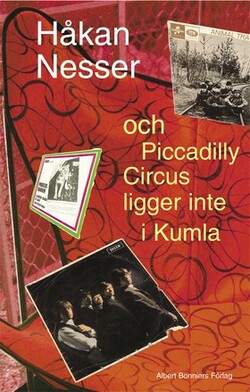 The image engraved itself on my memory like an etching and it have been there ever since. If I had atually taken a photo it could not have been clearer.

Signhild in the light, Ester in the dark. The poet Olsson and O Sole Mio in their leathers, ready for the off. An Augus morning in 1967.

And then the poet lifts his hand and climbs on to the humming Enfield. Puts it into gear, pulls on the throttle and clatters off.

A few small stones are thrown up. It is the last day of the summer holiday.

It is the summer of 1967. Mauritz is 17 and dying to see the world, London, Paris, San Francisco... Dylan, Joyce, Sgt Pepper... it is the summer for love - but not just love. Crucial and mysterious things are happening in the little town on the Närke plain, at the centre of the world. And after this summer Mauritz will no longer be the same person.

and Piccadilly Circus is not in Kumla