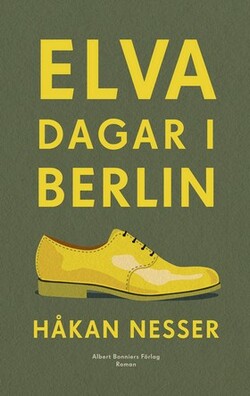 Arne Murberg might not be up for a Nobel Prize anytime soon, but he’s a good person and a responsible son, and when his father’s dying wish turns out to be somewhat of a mission, he sets out to honour the promise he made. It turns out the mother Arne thought was dead actually ran of with a musician and lives in Berlin. Now Arne must find her, but he’s not much of a traveller and his mind is still a bit slow after that diving accident he had when he was twelve.

Can he really take on Berlin all on his own? Armed with a map and the grace of God, he makes his way around the city where he encounters both good things, and bad. He also makes acquaintances with a a nutty professor, a woman in a wheelchair, a pair of yellow shoes and a witch trial.