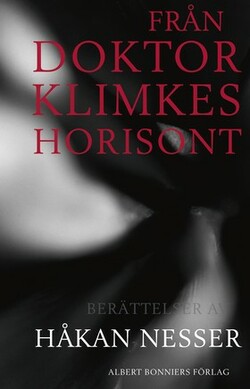 In From Doctor Klimke’s Horizon we meet the language teacher who receives a hand written message from a woman who has been dead for thirty years, the author who travels to the city of death and sighs and is drawn into the suicide pact of a pair of lovers, the history professor tormented by his jealous feelings towards his wife . . . The five tales are all centred around the reality of fiction and the fiction of reality, and the main perspective shifts and twists: everything recognisable turns out to be something quite different from what it appears to be.

Håkan Nesser is one of the most celebrated writers of Swedish crime fiction, and has won many prestigious prizes. His series of ten novels featuring Inspector Van Veeteren has been highly successful both in Sweden and on the international market; several of these novels have been filmed, as has Kim Novak Never Swam in Lake Genesaret, which has its premiere in the autumn.